Let's Open Him Up and Look For Treasure Pt. 1 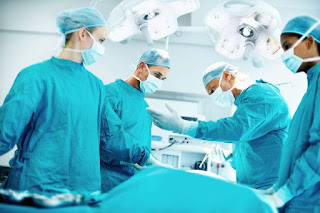 Hospitals are boring. There is a lot of waiting and not a lot of doing. My top tips for being a hospital inpatient: always have an entertainment package (ipad, book, gameboy etc.), always have a shower beforehand as you won't feel truly clean again for like a week and always bring thick socks or slippers. The final point is the one to pay most heed to; hospitals are very stingy with central heating.

As you may have noticed there is not going to be a lot of table tennis in this blog. However, this is my side project called "Harrie spends half his life in hospital" it's not the wittiest of titles but its annoyingly accurate. So lets revert back to the morning of my operation. I was pooing my pants. I can't lie, there was a physical battle going on in my bowls and I very nearly lost. It is stupid really because the operation is pretty safe and it is not exactly a life threatening condition. In fact I wasn't 100% sure what the problem even was. The real issue was the fact I knew what was going to happen. The first operation I ever had wasn't a big deal, I had no idea what to expect until I was expecting it and I didn't know too much about it all. However, 11 operations in and I was not feeling quite so overjoyed by the prospect. The main fear was the fact I was getting forced to go to sleep. I like being awake. My girlfriend will agree that she hasn't had a lie in past 9am since shes met me and shes a girl who likes her sleep!

No sooner was I in the venue (hospital ward) I was placed in my days designer attire (hospital gown) and doing interviews with the local cool cats (hospital staff). Gowns are the least attractive garments humanity has invented. They are the bin bag of human fashion which is good in case the worst happens and they need to put your corpse in the incinerator. Aside from that the only benefit I can see to them is that if you need an anal probing then you don't need to get undressed. They do, however, come with some matching green socks. These legendary items help keep the patient from getting deep vein thrombosis but also keep you remarkably warm especially as the rest of you is in a lose fitting dress.

After I was dressed for the occasion I waited around for the main attraction to arrive. My surgeon appeared in a blaze of glory and countless fireworks. He even came with a guest appearance i.e. his understudy (any actual doctors who know the correct name for this just drop me a line). The first part of the deal was I got my marker pen arrow on me. Anyone who has had an operation will know that this is a bit of a classic moment. I even got a signature of his initials, which I imagine is pretty similar to getting your breast signed by your favourite band members at a gig. However, at least it tells everyone loud and clear which leg is the one to operate on. Just in case.

The consultant and I had a chat after and I was re-examined. He moved my leg around and made some suggestions. The final suggestion being that of a problem with the plica, but more on that in about 2-3 paragraphs. I also got to meet my anaesthetist, who versed me in the way anaesthetic works on someones brain. As I had suspected the hind brain is left awake and the fore brain is switched off. This is through balancing the amount of anaesthetic an individual is given based on height, weight and age etc. What I really didn't know, though, was a younger persons brain is not that susceptible to having the hind brain being turned off and actually its a case of too little being the problem and having the patient wake up than too much.

Post my discussions, came the final wait before being taken into the operating theatre. Day surgery, unlike other surgery, doesn't really require beds. When I was waiting I was sat in a pretty bland room with the other patients chatting and looking at my various entertainment devices. Then, when my name was called, it was a case of walking down to the operating theatre and lying myself on the bed. I then briefly became reacquainted with my anaesthetist whilst I tried to remain as calm as possible. The first injection rendered me rather merry. As he described it: "as if you have had two beers". I chatted for a minute or so more in my slightly drunken state. Then I was told I was about to go to sleep and, bam, I was out.

My next memory is of coming around and, horribly, having that tube taken out of my throat. I had only become aware of the tube when someone told me about it after my last operation a year earlier. Previous to this surgery I had never had any recollection of that tube coming out of my throat. I had always awoken, spouted a lot of jibberish and then drifted in and out of consciousness. This time, no such luck. I mean it wasn't horribly painful or anything. It was more of a grating against my throat and the nurse really does do it at such speed that you barely know about it but all the same it was pretty gross. The nurse wasn't much of a talker either. Usually a nurse will stand around and listen to my babble for the next 30 mins before sending me back to my family. This time I sat around watching a few people come in and out of recovery before returning in around 15 minutes (even I thought that was a little quick).

The final wait is the most tedious. After all, everything has been done and yet nobody would of let me leave. There are 3 things that get a person out of hospital, post-op, after day surgery. Firstly, you must wee, secondly, you must drink, finally, you must eat. These are the golden points you have to achieve before you can go. My tip, after hours and hours of not drinking you will not be able to wee with ease, therefore, drink. Drink like your life depends on it! However, I still had no idea what they had actually done. My nurses didn't know, my notes didn't say and my doctor wouldn't be arriving for another couple of hours. So I sat and chatted with my mum and girlfriend until finally, the man himself once again arrived.

Now, back to the plica, because as you may have worked out, this was the problem. Apparently, my consultant's final assessment had thrown up the solution to the puzzle. This was the best news I could have possibly had. It meant I wasn't wrong in terms of my assessment but it meant that I would have the shortest possible recovery from the operation. To explain this we need to explain the plica. The plica is basically a membrane that is completely vestigial. We have evolved not to use it and it is left over in the knee, in fact not everyone even has one. Mine seemed to be catching on the knee cap and causing inflammation and the clicking. With this removed it won't interfere with the joint any longer and as the joint never used it in the first place I don't need to recover in that regard. The only recovery is from an arthroscopy the way anyone else would. Win. Win.

So I left happy safe in the knowledge that I was sorted out and would be getting back to table tennis as soon as possible.