The Psychology of the Impossible 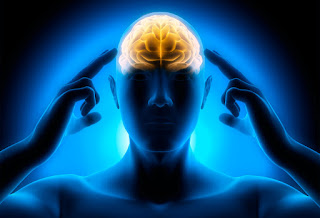 Let's take a step back from my usual diary, come, analysis and look at the challenge itself. My challenge is that within 8 years I go from never having touched a ball to being in the Olympics. The big issues that stand in my way are: my age, my inexperience, my time and others perception of me. Most of these centre around the age I am. I know that a 11 year old, when he hits 26, will have 15 years experience more than me. I also know that you can play table tennis from 7 or 8 providing a full adults worth of experience. Children also don't have jobs. They have parental support and they have little else to focus on. As an adult I come with a wealth of baggage from my work to my social life to my habits that I have built up over time. I also know that most people don't want to coach an adult. After all what are the chances of an adult becoming a star of the future? None right?

This idea in my head of becoming brilliant at something I have never done before is sometimes a little overwhelming. I know that I have to pick up skills that many have learnt over 2 or 3 years in two or three months. I know that these skills need to be embedded and then I need to have the experience to know when to implement them. I also know experience comes with time that I don't have. Having asked a couple of people to coach me now and having been turned down fairly sharply I also know that its going to be a struggle to go beyond "playing matches" and become "an athlete" at this sport. The truth is it all scares me a little. I have given up a lot to try out this new sport. I could always opt to go back to what I know or just play something that I can achieve things at a low level. I do question if I am making all of it too hard for myself. I also question whether the time I stated to Ollie that I was going to attempt this it should of been something I kept to myself rather than blog about or I could of just never had the thought at all. I could of played table tennis like I did with my old football team, whereby, yes, we won matches but it was in a low league and it satisfied me enough to have fun with it.

People do play high level table tennis into their 50's though. The no. 2 in the world is 20. Giving him a maximum of 12 years of experience. I will get a coach soon, one way or another. I will have a table at home and a robot to practice every day. I will play at 4 clubs and play league matches. There is a chance I could do this, a very, very slight chance. I think I can get the "classic" 10,000 hours in at 4 hours per day if I have enough coaching, matches and practice sessions. Will it be enough to even get close? Who knows.

The pressure of this is enormous though. It is often what makes me rubbish in training matches. Especially against weaker opponents. My level drops as I feel I have to beat the opponent to show I am progressing. Whereas I am freer against better opponents as I am just testing my level against theirs. That is often why, against mid-range players I rarely lose as I am focused in a positive way. In a match against a weaker opponent, who I feel I should beat, the pressure is always negative. This means there is a reduction in movement, in natural decision making and shot power.

I still, ultimately, believe when it comes to league matches after summer I will be good. I am, after all, addicted to winning. I also genuinely believe I can do some great things on the table when I get rid of any negative thought. The idea of the "self-fulfilling prophecy" always sticks in my mind recently. I talk to myself a lot at the table at the moment. I tell myself both how I need to improve and also tell myself that I can win. Sometimes with more conviction and sometimes with less. If conviction can really be put into the monologue then it creates a much better period of play for me. I also have to remind myself what I do well. I am horrendously insecure. It isn't ideal when you set yourself a new challenge at something you aren't very good at in the first place. Every fault is highlighted, from my mindset to my movement I look at everything in a negative way and generally feel like I am not good enough. It is often difficult for those around me to even pick me back up again. Yet, when it comes to table tennis there are advantages that I have. I am powerful, fast, aggressive and fit. I am experienced in being coached and I have the mentality of an athlete. Sometimes, though, I need to remember all of that a bit more.

One final thing that I have found interesting is my "killer" instinct. When I played in the tournament it was there in plain sight. I was playing to destroy people. I was do anything to beat anyone. I didn't want anyone to get a point. In fact I wanted to basically humiliate them. It isn't pleasant but it is sport. Winning to me is everything at that point. However, in training, I have lacked that killer instinct in a few places. Often it is against people that I would expect to beat. If I a load of points off them I sometimes want them to get back into the game. I even give advice trying to coach them into beating me. This isn't against people who I can annihilate either, this is against people who, I feel are just a bit behind me. It has even cost me before when I have played and I have either coached someone into beating me or let them have a game or two as my level has dropped off. The other day I even stopped serving properly to let the other person back in. The thing is, I nearly did. I think it stems back from the idea that if I beat someone too badly they won't want to play with me anymore. When I used to run as a kid. Nobody wanted to play games with me as I would be too good. The irony is I am no longer too good and often it can come back to haunt me. When I am at a higher, more consistent level I can do that but, until then, I need to get out of the habit.

The psychology of this little challenge is immense and complex for me. Doing the impossible, I imagine, has a standardised model associated with it that a professional could pick apart for hours. I, however, know that three things need to happen if I am even going to get close to the goal. Firstly, I need to break the goal down into smaller more achieveable goals, whereby I make the overall goal more hazy and I still get a sense of achievement. Secondly, I need to believe I am good enough and thirdly, I must remember I am not, yet, so much better than anyone that I can let my level drop and still beat them. Then, with those all in place, I might just make some more progress.